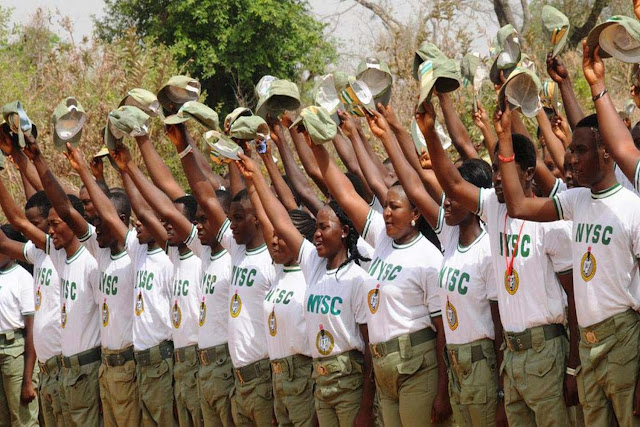 A distraught corps member deployed to a school in Port Harcourt for her service year, narrated how she was rejected because she refused to sleep with a man she met at the school who is supposedly the proprietor.

The alleged school's proprietor had promised her an accomodation and leisure in her service year, but refused to sign her acceptance letter after she rejected sleeping with him.

Instagram user @di.zire who shared the story, also revealed that the man threatened to tell NYSC authorities that the corps member rejected the Primary Place of Assignment (PPA) herself.  She wrote;

I was minding my business today as usual, then i hear my friend going on and off with this babe on the phone. He was trying to calm her down. After over thirty minutes on the phone, he explains that she went to her PPA which is a school in portharcort today and the man she met there said for him to accept her letter she would have to sleep with him and they would be doing so as she serves in the school, promising her accommodation and that she wouldn't have to come to work everyday.
I called her back, asked if she was okay, still in tears she said no, and explained the same thing my friend had explained. He threatened her saying that he would say she rejected the PPA herself.... My dear thought that would be an issue and was pleading but still refusing the offer and he refused to accept the letter, sticking to his condition. I told her to just go straight the secretariat and make a complaint and that she should be happy about the rejection letter. It doesnt matter who makes the rejection.
At least she's out of that ridiculous school. She wants to be taken out of that local government because she says its a small town, the schools are close and they have links with eachother. But then yet again, who knows what perverted soul she would meet at the secretariat and disregard her complaints? What about the female students in that school, are their parents aware of this perverted fool they placed their children under. Who knows how many students are being sexually harassed. . .