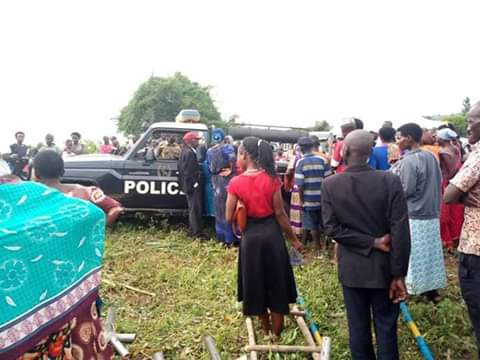 Grief and shock engulfed residents of Nombe 2B village in Kashare sub-county Kashari county in Mbarara district when a woman identified as Lydia Kyomuhangi, 65, hacked 7 members of her family to death.
Lydia Kyomuhangi on Sunday night reportedly lured six of her grandchildren with soda and cake before locking them inside a family kitchen, where she used a machete to hack them to death, one by one. 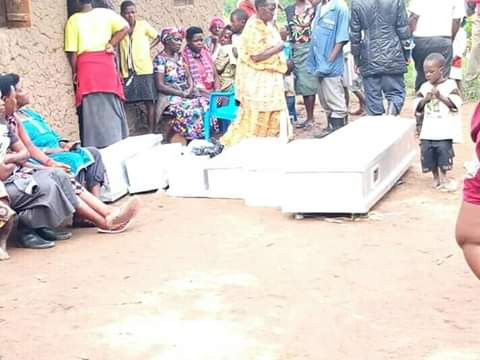 She also killed her daughter Annet Kyomugisha, 25, who had earlier on been chained in the bedroom after developing a mental illness.
Her husband George Koma Hangamaisho was also seriously injured before the suspect went into hiding.
However, on Monday morning, she was caught and lynched by a mob, according to Nombe village chairperson Charles Karoli.

The Police, led by Mbarara DPC Gad Murungi, visited the scene, but reached when the suspect had already been killed.
Hangamaisho is currently receiving treatment at Mbarara regional referral hospital while the dead bodies are at the same facility’s mortuary for a postmortem.
The dead children have been identified as Apophia Kanshabe (10), Osbert Nuwamanya (8), Oscar Tarimweba (5), Claire Ankunda (5), Addela Orishaba, 9 months and Mercy Owomugisha, 6 months. 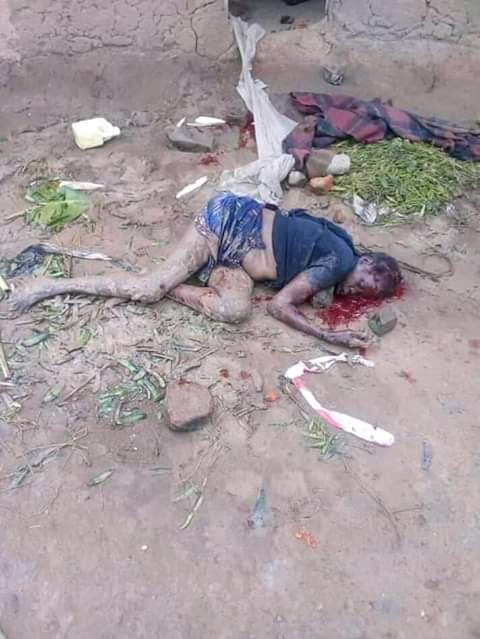 Kashare sub county chairperson Deus Mugisha says that the suspect had a mental problem which according to the family was presented to pastors for healing. He says the family believed that the lady had been bewitched and would heal through prayer. 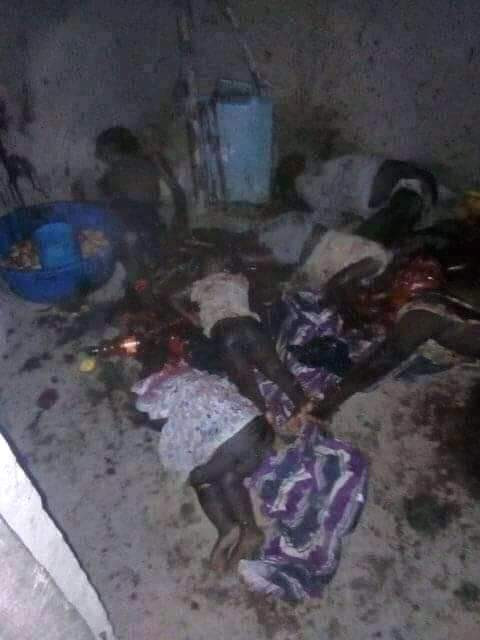 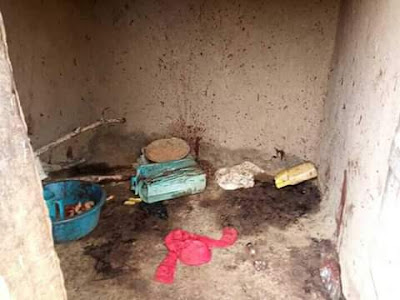