Another £211,000,000 Abacha loot seized from bank account in Channel Islands 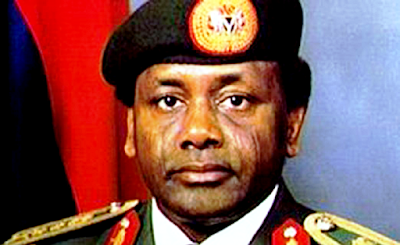 The Channels Island government has seized money to the value of £211,000,000 in a Jersey bank account that allegedly belonged to former military dictator, General Sani Abacha.

According to a report on MetroNews, Abacha laundered the money through the US into the Channel Islands  in Europe. The money was put in accounts held in Jersey by Doraville Properties Corporation, a British Virgin Islands company.

The money is now being held by the government until authorities in Jersey, the US and Nigeria come to an agreement on how it should be distributed.

Abacha was a military dictator who served as the de facto President of Nigeria from 1993 until his death in 1998.
Follow @Dj_Staffy