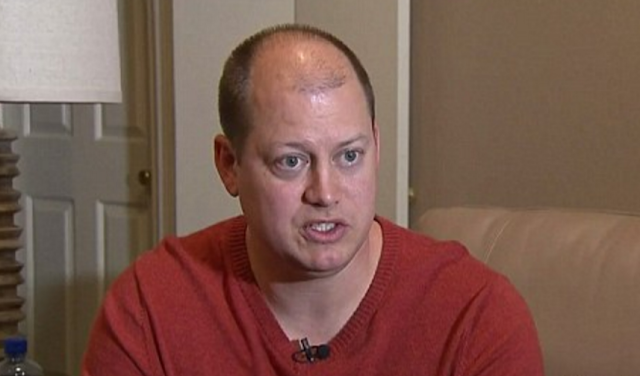 When Ronald Jackson found a text he thought was rude and inappropriate on his then-12-year-old daughter’s phone in September 2013, he took the cell away. But the child’s mother, Michelle Steppe, got mad at his action and she called the police.
WFAA reported that the 36-year-old, who hails from Grande Prairie, Texas, had been charged with theft of property of at least $50 but under $500 after confiscating his daughter’s iPhone 4 when he found an inappropriate text in September 2013. 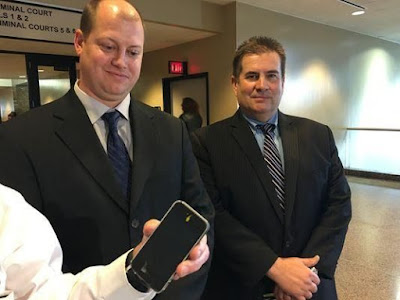 Shortly thereafter, Jackson recieved a citation for the “theft,” a Class C misdemeanor. Jackson was then offered a plea deal in January 2014 if he returned the phone, attained legal representation, and requested a jury trial.
That’s when the city attorney’s office refiled the case with a harsher offense, a Class B misdemeanor, punishable to up to six months in jail and a $2,000 fine.
After a warrant was placed on him, Jackson was arrested and taken into custody in April 2015, but managed to post the $1,500 bail to avoid incarceration during his trial.
Eventually, the judge ordered for Jackson to be found not guilty, citing insufficient evidence to continue the case.
Jackson described the ordeal to CBSDFW:

“I was being a parent. You know, a child does something wrong, you teach them what’s right. You tell them what they did wrong and you give them a punishment to show that they shouldn’t be doing that.”

The teen’s mother, Michelle Steppe, told the court on Monday that she called police the day that Jackson took the phone, and that they went to Jackson’s home and asked for the iPhone back, but Jackson refused.
Jackson defended his actions to WFFA:

“At that point, I decided the police don’t interfere with my ability to parent my daughter.”

But Steppe felt she was justified, as she told WFAA:

“You can’t take someone’s property, regardless if you’re a parent or not.”

Jackson reportedly was not a part of his daughter’s life until she was seven years old, but following the incident, he told CBSDFW that he “can’t ever have a relationship with them again.”
He was offered a plea deal in January 2014 if he would return the phone. Instead, Jackson hired an attorney and requested a jury trial.
The case moved to Dallas County and, unbeknownst to Jackson, a warrant was issued for his arrest. The police showed up at his door around 2 a.m. in April 2015, and Jackson was handcuffed and taken to jail.

“It made no sense to me for them to show up and make a big deal out of something that was a small thing,” Jackson said. “I couldn’t believe they would go to this extent for a cellphone. It didn’t seem right.” He posted $1,500 bail and was released after a night in jail.

“I’ve never seen anything like it,” John Cook, one of Jackson’s defense attorneys, told KHOU Wednesday. “You would think we were on the Jerry Springer Show.”

After just a two-day trial in which Jackson’s daughter, now 15, testified Dallas County Criminal Court Judge Lisa Green ordered the jury to find Jackson not guilty, citing insufficient evidence to prove a theft charge.
Steppe disagrees with the verdict. “Even if you purchase something with your own money and have a receipt, it’s not yours,” she said. “Someone can take it from you.”
He is now filing a Federal complaint of civil rights violation due to the way he was treated by police and the city attorney’s office. WFAA reports that Michelle Steppe’s fiance is an officer with the Grande Prairie police force.