I believe this is no more a news because so many websites has dropped the news. We at StaffyXCLUSIVE personally picks interest in this.


Sometimes in the past, the ceo FireFlames Entertainment approached Me (DJ STAFFY) and said he want to drop a jam By ShugaKhrizz called Wireless Connect, which he later dropped on June 18, 2015.
Now, he claims Phyno stole ShugaKhriss concept below are His words.

"We (FireFlames Entertainment) approached Phyno for a remix of Wireless Connect song that we dropped on June 18, 2015, which he turned down. He later request we send him the song so he see what he can do. we sent him the song and was patiently waiting for his reply as we keep calling. just as he (Phyno) feels we have forgotten, Instead of Phyno to to help my Artiste who is an up and coming Artiste, Phyno went further to edit and reconstruct the jam, now he drops 'CONNECT'. Its my artiste "ShugaKhrizz" that really called my attention to the jam. We are disappointed in Phyno. He is not a singer, Phyno is just a rapper. why should He steal from me?"

As seen above, this was the exact words of the ceo FireFlames Entertainment. As He promise to take this further with a lawsuit, We at StaffyXCLUSIVE demands a reply from Phyno within a week from the time of this post.
Here is the "Wireless Connect" by "ShugaKrizz" and "Connect" By "Phyno"
Please Feal free to share your mind.
v 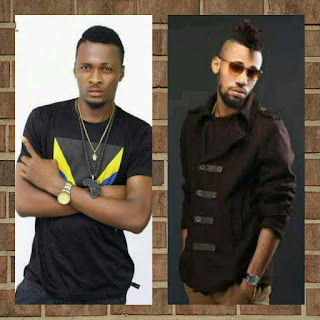